Hello all! I’m back! Well, I never really went anywhere but I know it’s been a bit q

uiet on the western front at jennystitched headquarters lately. I’ve been struggling with my sewjo a lot lately (will this Granville shirt ever be finished?!) and I’ve been a little demotivated to do anything at all, let alone blogging. But I’m slowly finding my feet and getting some of these draft posts out into the big wide world!
Today’s post is about fashion during the Cold War, or more specifically in Estonia. I wanted to share with you this fabulous vintage fashion magazine my sister bought me last year when she went to Estonia (yes, this post has

been partly drafted for 6 months, bad blogger…). She picked it up in a second-hand book shop in Tallinn and its beautiful! She is going again later this year and has offered to have another look for more copies for me! There aren’t many pages but it feels very luxurious as the paper it is printed on is lovely and thick, plus it has that fab ‘old book’ smell which I love. It is predominantly about women’s fashions but there are some men’s,

children’s and teen’s fashion illustrations included too. When you think of life behind the Iron Curtain I must admit that I don’t normally think of people wearing contemporary fashions, but the styles in this edition of Siluett are so typical of the late Fifties, and would still look gorgeous today.

Siluett was a fashion magazine published in Estonia from 1958 until 1992. Unfortunately I can find out very little else about Siluett – I suspect this is due to how closed off the Soviet Union was for many decades. This might actually be one of the very

first editions as it is from Summer 1958 and it amazingly still has its original Russian language insert. Apparently Estonia was considered the most westernised country in the Soviet Union. International tourists and Finnish television broadcasts helped bring new trends to Estonia and designers travelled across Europe visiting fashion houses for inspiration.

I found a link to this exhibition about fashion phenomena in the Soviet Union from the Art Museum of Estonia in 2013 which gives a little bit more information. There is an article about the exhibition from the Baltic Times here.

I have also included links at the bottom of the post to the most useful articles I found online about the history of Siluett for those who may want to find a little bit more out the magazine throughout it’s history. The info is a bit limited (and in places is in Estonian) but Google Translate is pretty good at giving you the gist of it! 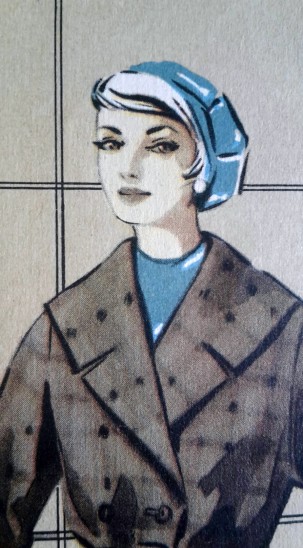 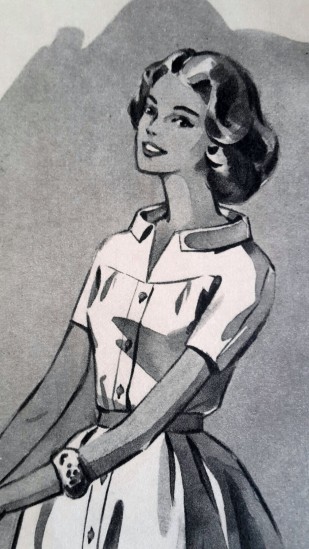 11 thoughts on “Siluett – fashion behind the Iron Curtain”