I’ve inadvertantly signed up to participate in the Sew My Style challenge for 2019. I didn’t participate in 2018 as none of the patterns really suited my own style but this year is more idea based than a specific pattern. The theme for January is Activewear and as I was already planning on making some, I’m counting this as my entry!

I had intended to make these leggings months ago but as you all know by now I’m a bit [lot] disorganised and it’s taken until January to get these made. Fortunately I had already purchased the pattern, supplies and fabric before Christmas so I was all set to start these.

I ordered some fabric from Fashion Formula. I’ve found looking for decent activewear fabric quite difficult online so I browsed the fabric store list on Melissa’s site and followed her recommendation for the Active Lycra base. I ordered a metre of this amazing cloud print designed by Andrea Muller. I wanted something with a dark background as that’s what I prefer for working out in but I liked the options for colour contrasting this design gave me. I ordered a cheap and cheerful neon yellow lycra from ebay to pick out the yellow in the design as well as increase visibility when running in low light.

The pattern I used is the PB Jam leggings from Fehr Trade. I’ve used the Steeplechase

The contrast section is also quite flattering as it gives the appearance of a peachier butt!

leggings pattern so I knew I was probably in for some unconventionally shaped pattern pieces and I was not disappointed! The PB Jam leggings feature a contrast swirl around the thigh which looks really cool. I assembled the leggings on my overlocker and although some of the pattern pieces look really peculiarly shaped, they fit together perfectly fine with some patient and careful pinning. The instructions are clear and easy to follow although I did get a bit confused about the pocket (pro tip – read the instructions once before you start sewing!). I skipped the pocket in my Steeplechase leggings so I wanted to include one this time and it’s actually invisible from the outside. Clever!

The only adjustment I made was to shorten the legs by 6 inches so I could fit the pattern pieces on my fabric. They are still almost ankle length on me so these would be too long at the normal length. I also made a size Medium even though my measurements put me closer to a Large. I’m not quite sure if these come up big for everyone but my last 2 pairs were also Mediums and I’m definitely bigger now than I was then. Thank goodness for lycra! I haven’t worn these for a workout yet as I only finished them yesterday and chose wine over the gym but as I’ve started training for an 8km race I should get a lot of wear out of them!

I didn’t have the right seam guide mark on the plate so I stuck one on! 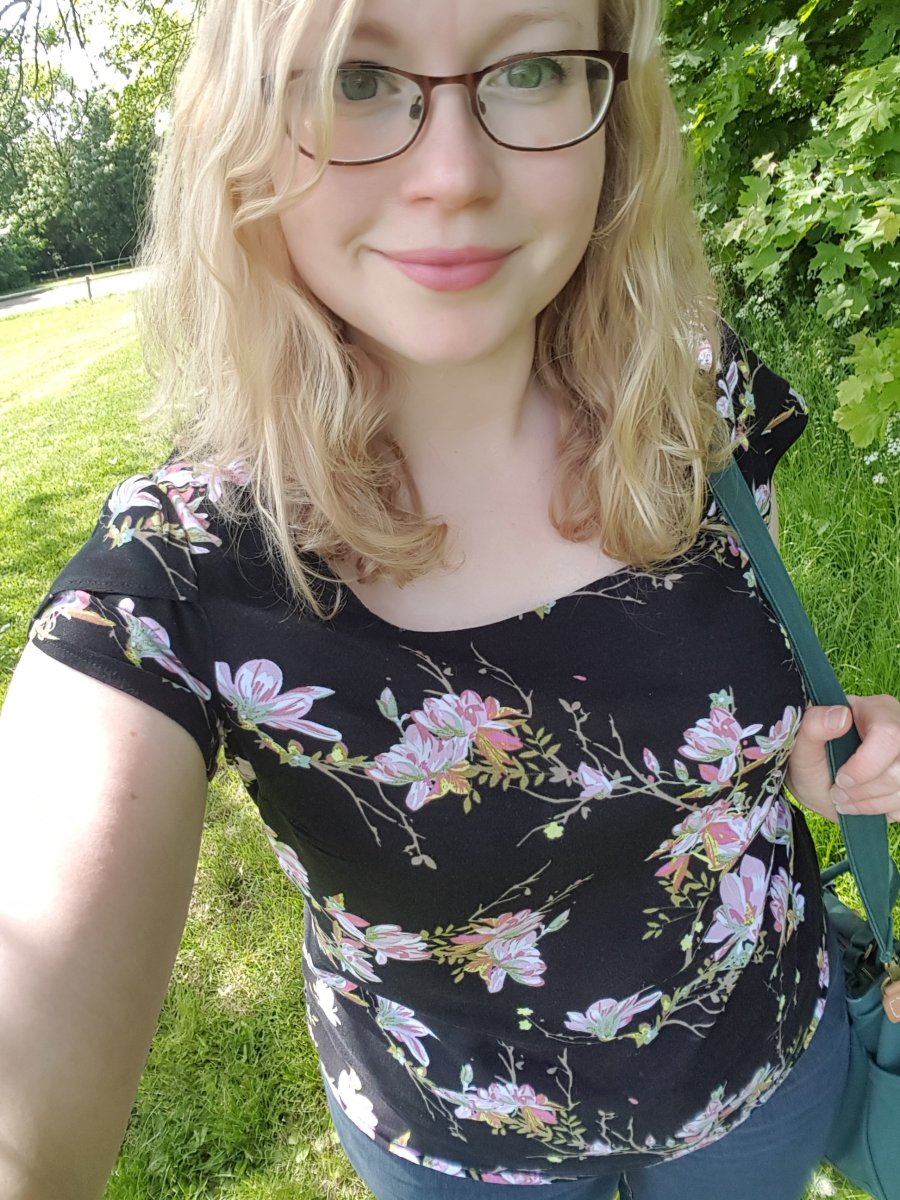